Many remodelers-turned-home-energy-auditors have an epiphany on their journey to career transition. Troy Tanner's came in 2005, when the NARI-certified remodeler, then working as a sales consultant for a major remodeling company, put an addition on his own home. 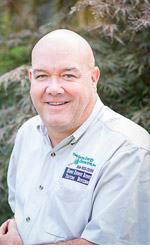 In early 2007, Tanner gave up his lucrative sales job and hung out his own shingle as The Home Energy Detective, of Manassas, Va. His experience these past four years, including adding to his lengthy list of certifications, has convinced him that every general remodeling contractor should have at least a basic grounding in the "house-as-a-system" approach to building science.

"It's a huge mistake to dismiss [home performance]," he said. "It's tempting for a builder or remodeler to try to piece together a solution, or to assume that more is always better," such as in installing two attic fans or an oversized air-conditioning system or just packing more insulation everywhere.

"Well, the problem is how do you know that's the source of the problem?" Tanner said (see his interview with a client, below). "If you have somebody on staff that understands building science, they will keep you out of a lot of trouble and help your subs fulfill their obligations. You'll get a lot fewer callbacks, and you'll have a happier client and a better product."

Moreover, Tanner enjoys what he does, he said, because he feels that his analyses and recommendations, combined with the retrofit work of the many specialized contractors he works with, provide measurable benefits in a way that additions or conventional remodels cannot. "A bumpout's not going to pay you back. Energy upgrades pay you back every day."

Tanner's company is currently small: just two employees besides himself. He's extremely busy, though (his company does more work than any other in Northern Virginia under the Home Performance with Energy Star program), and he anticipates significant growth in the years ahead. He will grow with the help of $50,000 "business performance makeover" that he won from the Electric & Gas Industries Association, the Building Performance Institute and Efficiency First. 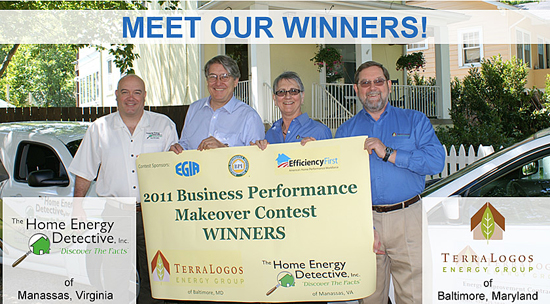 The thinking behind the contest is "to model how a home-performance contractor should behave," according to Stephen Self, vice president of partner relations at EGIA.

As with general remodeling contractors, there are significant disparities between the majority of home performance contractors. On one extreme, and most typical, are very small operations like Tanner's. At the opposite extreme are a handful of major players in the national arena, such as WellHome, a division of Masco Home Services.

"We've got 130 million or so homes that need retrofit work, and right now the industry is only touching a tiny fraction every year -- maybe 10,000 or so" Self said. The industry could make significant progress toward closing that gap if far more small contractors were able to get the business education most of them never get formally.

"Contractors at the top of the industry have pretty much drunk the kool-aid," Self said. The top brass at many of these companies "come from an environmental background," or a business background, "and they're full-steam ahead." By comparison, he hopes that small firms like Tanner's, after the $50,000 makeover, will serve as models for the vast majority of smaller companies to emulate -- contractors who came to building science from the hands-on trades.

Bring it on, said Tanner. "When I got into this business, I just thought it was a good idea. I've got a very limited business education, and I know that I'm at a point where I need to make some decisions about growth. That means having the confidence that I know how to hire the right people and manage them well and market effectively."

Most of all, he said, "the ultimate winner is going to be my clients. They're going to experience higher levels of expertise and better performance from their homes. That's what they're paying for."

Speaking to his fellow former peers in the remodeling industry, Tanner advises to "absolutely get training" in home performance. "We need more people to really understand what building science is about. The more people who know about this, the better the housing stock is going to be." 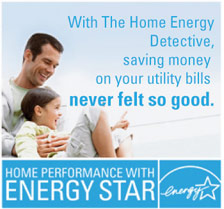 A Tale of Weatherization

Grandma's House: When you weatherize a home it needs to work as a system.